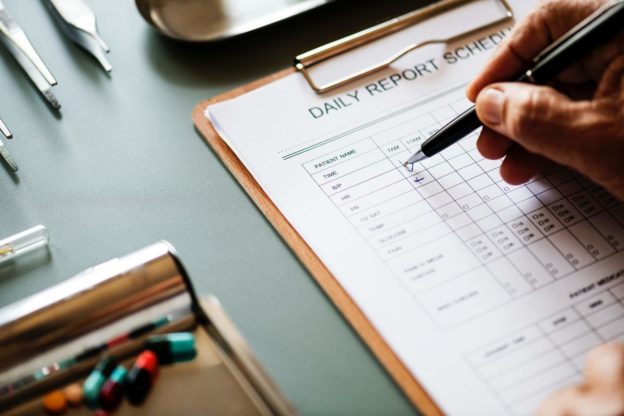 Salutogenesis: a Concept by Antonovsky

The term salutogenesis (salus = health, genesis = formation) was coined by the medical sociologist Aaron Antonovsky in the 1980s as an opposite of the term pathogenesis (pathos = pain, sorrow). Antonovsky compared the adaptability to menopause of women of various ethnic groups and found out that even concentration camp survivors could be classified for the most part as ‘healthy’ despite the inhumane tortures they suffered.

His focus was on the reason why some people remain healthy in spite of adverse personal and environmental factors. Health is not only the reduction of diseases; it should also be actively promoted.

Health is not a condition, it is a process. Accordingly, it is also important to focus on peoples’ resources rather than only focusing on their risks.

The concept of salutogenesis emphasizes 2 main pillars regarding the maintenance of health:

The term resilience refers to psychological and physical factors that help the individual go through life unimpaired by crises and diseases. A high resilience is characterized by acceptance, a focus on finding solutions, and trust in improvements, instead of self-pity and resignation. High internal locus of control (‘I can change something’) and corresponding styles of attribution are indicators of high resilience.

The term prevention is derived from the Latin word praevenire = to obviate, prevent. The definition of prevention by the German Federal Ministry of Health is:

The term ‘prevention’ is an umbrella term for the time-dependent interventions for health provision. With primary prevention, the development of diseases is prevented. Secondary prevention or early detection aims to detect diseases at an early stage, so that therapy can be initiated as early as possible. Tertiary prevention aims to mitigate the consequences of diseases, avoid relapse in already incurred diseases avoided, and prevent their exacerbation.

Secondary prevention describes specific measures that allow for the early detection of diseases. Diseases with known risk factors can be examined with specific preventive check-ups and screenings and can be intercepted beforehand or in the initial stages. Important examples of secondary prevention are:

The key message of the prevention paradox is that a preventive measure that is of great benefit to society is of little benefit to the individual – and vice versa. Examples for this are vaccinations, nursing hygiene in hospitals, and invasive preventive screenings.

Health Maintenance: The Most Important Models of Health-Related Behavior

People’s behavior and choices, both negative and positive, significantly affect their health. Such behavior may be the result of a lack of knowledge but many times it may be influenced by beliefs and attitudes. Various models for understanding human behavior and its linkages with health have been studied.

The value of health in Western societies is constantly increasing. The positive appreciation of health and associated lifestyles is an important prerequisite for participation in primary prevention.

Next to individual factors, there are environmental factors that influence health behavior. Social networks like friends, family, and the workplace contribute to the formation of opinions. Health-related behavior is also highly dependent on social class. For instance, a vegetarian/vegan diet is more readily accepted in higher social classes.

‘I think a vegetarian diet is a good thing.’ This attitude towards an action may lead to behavior in accordance with this notion (eating vegetables), but it does not have to (eating meat anyway). This correlation between influencing variables—attitude, subjective norm, and behavioral control, which then lead to forming an intention and consequent behavior, is summarized in the model of planned behavior: 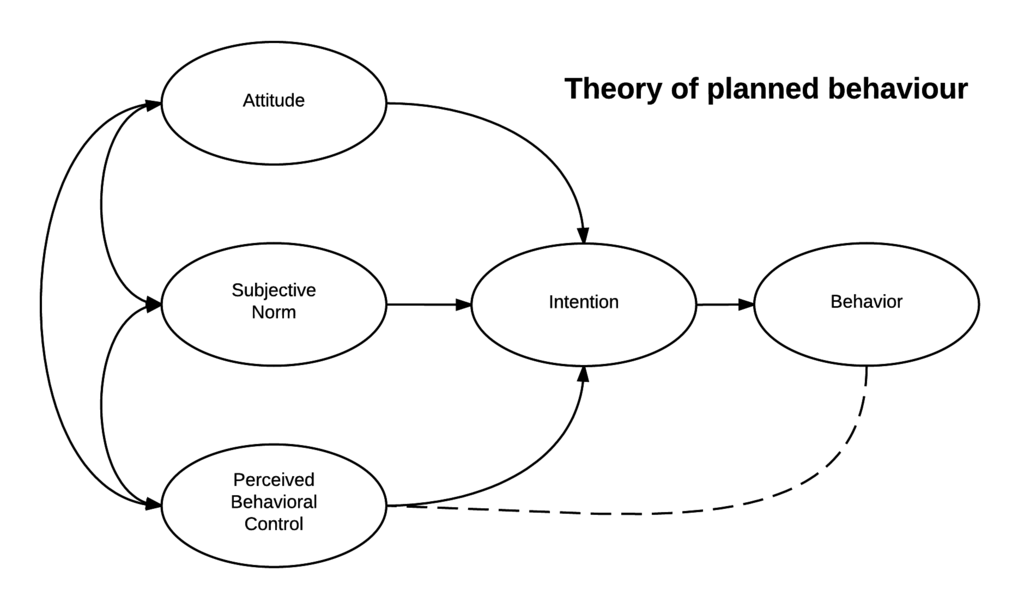 The propensity for comparing one’s self with others is present in every human. Sometimes this is more pronounced and sometimes less pronounced. This comparison is the focus of the model of social comparison processes. Two examples show the positive or negative effects of comparison processes in terms of individual health behavior:

In a best-case scenario, there is a causal relationship between risk factors and disease. However, diseases are usually not the result of a single cause but of multiple causes. In order to make the interpretation of the risk factor-disease relationship more objective, absolute risk and relative risk can be calculated.

Changes in Risk Behavior: The 2 Most Important Models

In his theory, Festinger assumed the following: people aspire to consonance regarding their attitude and their behavior. If this fails, it creates an uncomfortable tension, the so-called cognitive dissonance. Example: Alcoholics would barely assess their consumption as healthy but drink anyway. Two strategies can be used to address this cognitive dissonance:

The transtheoretical model describes in 6 steps, the successful process of behavioral change. It is important to find out which stage a patient is currently in, in order to offer proper management.

You can read more about the transtheoretical model in the article about motivation.

Health Promotion: The Most Important Institutions

The family plays the most important role in health education. Our way of eating, personal care, and amount of exercise are largely dependent on the persons of reference we have in our childhood and adolescence. Also, the extent to which we utilize preventive measures and how we behave in case of illness (e.g., consulting the doctor for every little cold or relying on naturopathic approaches), is also dependent on our caregivers during childhood.

We adopt from our person of reference both health-promoting attitudes and harmful attitudes.

Personal health promotion attempts to modify the behavior of a single person. Longstanding examples are campaigns for the use of condoms, drug prevention programs, and the massive restriction of cigarette advertising.

Structural health promotion changes basic structures to promote positive impacts on health and reduce negative ones. Examples are taxation of tobacco products, the mandatory wearing of seat belts, and restrictions on smoking.

The impact of health promotion activities is difficult to measure (e.g., how many people in the audience will be reached by campaigns?). In order to measure the efficiency of screenings, sensitivity and specificity are measured.

With the help of this 4-field scheme of alternatives, the parameters can be easily calculated:

Also in accordance with § 4 of the German labor act, behavioral prevention must be implemented: ‘Employees must be given appropriate instructions.’ Behavioral preventive measures should educate employees to behave in a health-preserving way. The occupational health physician is in this case responsible for educating and consulting.

Approaches from a behavioral therapy perspective play a central role in the implementation of prevention. Cooperation between the different health professionals is crucial: the physician by himself cannot cause behavioral change.

The models and approaches are not only part of exams in medical school but are also especially important for health promotion in clinical practice. Patient information and patient education contribute significantly to what kind of attitude patients develop towards certain disease patterns and to their willingness to participate in preventive measures (e.g., stating that stress compromises the immune system with specific examples). The doctor’s educational activity alone is not enough: concrete solutions with the associated measures must be handed to the patient (e.g., autogenic training).