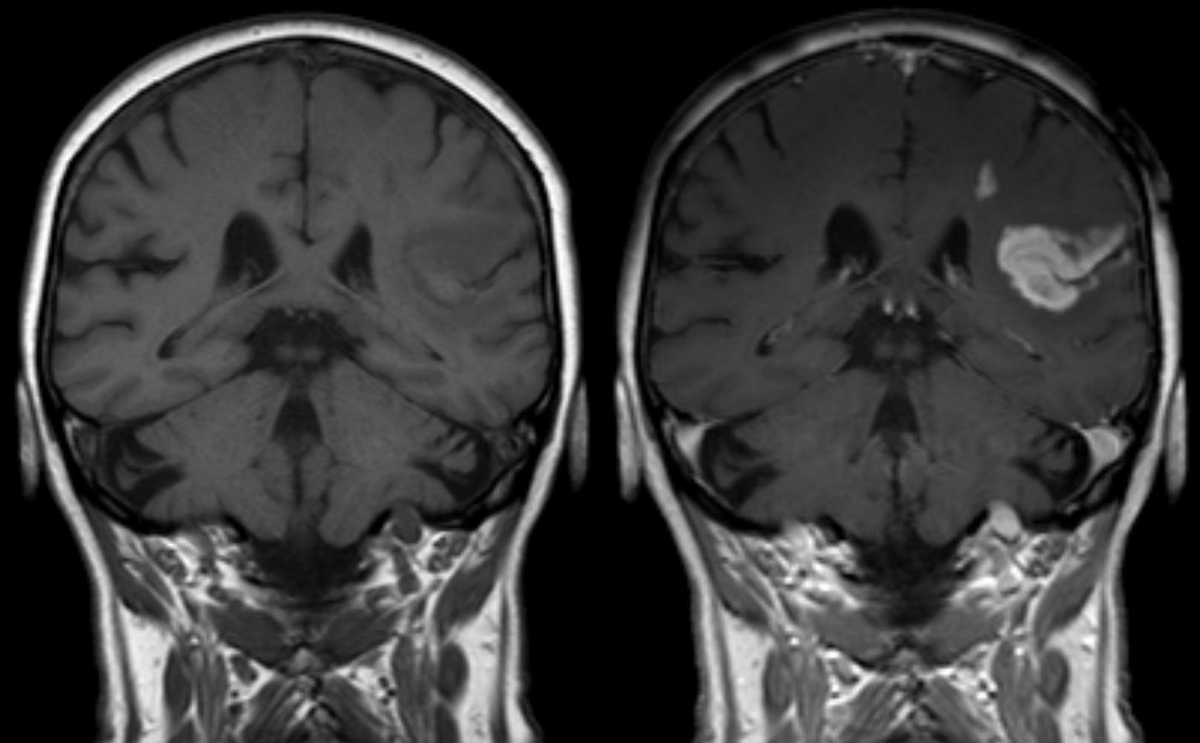 A stroke is a cerebrovascular accident that is characterized by the loss of adequate blood supply to the brain. Ischemic stroke is defined as a circulatory disorder of a specific region of the brain. This illness is quite common and has different causes and symptoms. As the brain is very vulnerable, loss of blood supply to it must be quickly and adequately treated to minimize any long-term damage.

Circulatory disorders in the brain are generally referred to as ‘strokes’. This term is quite vague and encompasses different symptoms. Primarily, we differentiate between cerebral ischemia and hemorrhagic infarctions, which result from hemorrhage.

An ischemic stroke results in poor neuronal circulation and subsequent failure of the neurons. To understand this illness, its effects, and classifications, it is crucial to have knowledge of the anatomy of the blood supply to the brain. 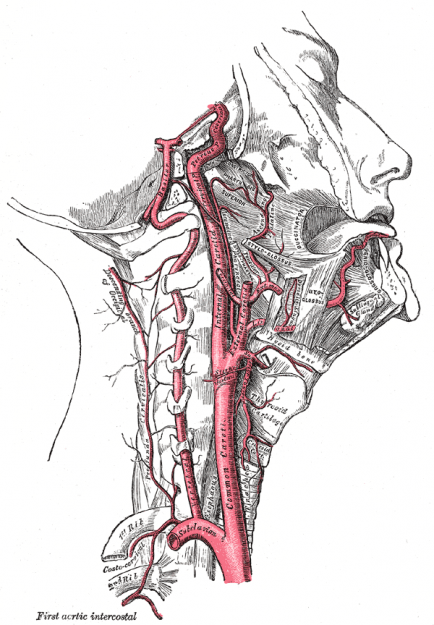 Because the brain, as an essential body organ, must constantly be well perfused, an anastomotic system, referred to as the circle of Willis, exists between the anterior and posterior circulations. Terminal branches of the vertebral and internal carotid arteries anastomose to form a circular blood vessel (circle of Willis). Furthermore, the common variants must later be considered during the radiological assessment of the functionality of the cranial arteries. It is thus a common occurrence for the posterior cranial arteries to arise from the internal carotid artery.

Tip: If you memorize the anatomical course of the cranial arteries with the respective supply areas, the clinical symptoms of vascular occlusion can often be deduced directly.

Patterns of injury in circulatory disorders

If relevant circulatory disorders are present in the cranial arteries, various injury patterns may arise:

If an embolus is transported into the brain by the bloodstream, it typically leads to the occlusion of mid-sized arteries, with a cuneiform territorial infarction. 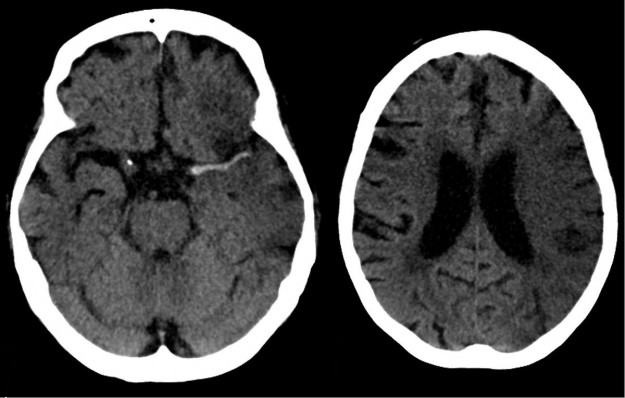 Image: The dens media sign in a patient with middle cerebral artery infarction is shown on the left. Right image after 7 hours. By: Hellerhoff. License: CC BY-SA 3.0

A fall in blood pressure results in a perfusion deficit in the distal portions of an artery. This, in turn, causes an infarction area in the border zone with the neighboring artery system. This type of infarction is relatively rare because of the good anastomoses.

Longstanding arteriosclerotic risk factors can locally cause the occlusion of small border-zone arteries. This results in lacunar infarctions (infarction area < 15 mm), chiefly in the brain stem, white matter, and region of the basal ganglia.

Epidemiology and Risk Factors for Stroke

Strokes are relatively common, and the risk of stroke increases greatly with age alone. Younger adults have a risk of about 1:5000, and this risk becomes 1:30 for people over 80 yrs of age. The frequency becomes clear when the risk factors are considered.

Along with age, arterial hypertension and smoking are important risk factors. All factors that increase the likelihood of arteriosclerotic arterial changes increase the risk of a stroke. As with coronary heart disease and peripheral arterial occlusive disease, metabolic syndrome is also especially dangerous when it is associated with a stroke.

Cardiac embolisms are responsible for about 25% of all strokes. Atrial fibrillation is most often present, and it affects approx. 10% of all people of advanced age. It can often go unnoticed until a stroke occurs.

If a patent foramen ovale is present, a venous embolus can paradoxically transgress into the artery and embolize to the brain. An additional atrial septal aneurysm increases the risk of stroke.

A more uncommon cardioembolic cause is endocarditis, which can result in (often multiple) infectious embolisms with the risk of a septic brain abscess. Embolisms in other organs must also be considered with endocarditis. 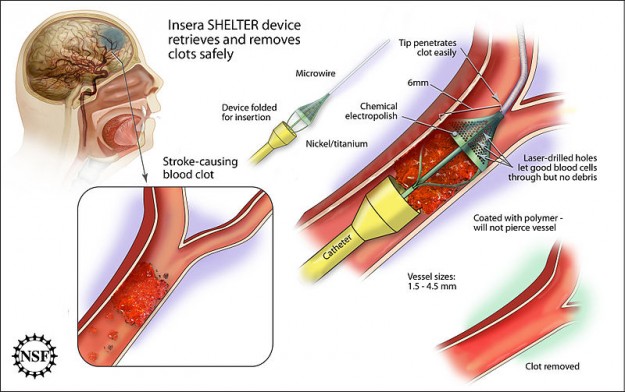 Image: This medical illustration reveals how the SHELTERTM device traps and removes blood clots in the brain. By: Zina Deretsky. License: Public Domain

Based on the macroangiopathy, a thrombus is removed after embolizing to the brain. The complete occlusion of the carotid arteries rarely leads to ischemia. Along with the classic embolism pattern with territorial infarction areas, carotid artery stenosis can also lead to watershed infarctions in conjunction with cardiac insufficiency.

Dissection is one of the most common causes of stroke in younger people. Older people appear to be somewhat protected because of their often stiffer vascular walls due to concomitant arteriosclerosis.

A longstanding cardiovascular risk profile can result in cerebral microangiopathy. Local thrombotic processes are responsible for the formation of lacunar infarctions. Since microangiopathy rarely selects a special vessel but entails a principal vascular disease, lacunar infarctions do not occur only due to cerebral microangiopathy. In conjunction with a subsequent cognitive impairment or even dementia, this is referred to as Binswanger’s disease (subcortical arteriosclerotic encephalopathy or vascular dementia).

There are many uncommon causes of stroke that must be considered when the etiology cannot be explained or if the patient does not fit into the typical ‘stroke group’ because of their young age. These included antiphospholipid syndrome, vasculitis, coagulopathy, neoplasia, or genetic factors.

The following table is an overview of uncommon causes of strokes.

Strictly speaking, ischemic stroke is not due to cerebral vein thrombosis but is rather due to drainage occlusion. Due to the disrupted drainage and subsequent increase in pressure, secondary ischemic lesions with intracerebral hemorrhages could occur.

This illness is relatively rare, with warning signs of the presence of cerebral vein thrombosis typically including headaches, potential risk factors (see above), epileptic attacks, or unconsciousness combined with focal neurological deficits. The symptoms are far more protracted as opposed to pure arterial ischemia. Effective anticoagulation should be administered during treatment.

Vasculitis has no specific cause, especially in young patients. Vasculitis is marked by the inflammation of blood vessels leading to ischemia in the downstream arterial system with corresponding symptomatic failures. Vasculitides can systemically affect different organs and thus do not cause purely neurological symptoms. Some vasculitides, however, regularly affect the CNS:

It may occur suddenly with spinal ischemia. However, more frequently, the anterior spinal artery syndrome arises during aortal dissections or iatrogenically during surgeries in the thoracic aorta.

Following an ischemic stroke, a certain neuronal group of cells loses its functional capabilities. Essentially, any extent or localization of damage is possible. Every symptom of damage to the CNS is thus fundamentally possible due to an ischemic stroke (which also indicates the extensive differential diagnostic possibilities).

The description of sudden symptoms is the most important aspect of anamnesis. The anamnesis must also include the exact point in time at which the symptoms began.

Despite the principal variety of symptoms, there are recurring damage patterns that frequently appear in the clinic. They are also often asked about in examinations. You should also memorize these symptoms:

Ischemia in the middle cerebral artery

An affected oculomotor system can result in gaze movement toward the lesion. The visual pathway can be disrupted by homonymous hemianopsia. The middle cerebral artery is the most frequently occluded artery in stroke.

Ischemia in the anterior cerebral artery

The anterior cerebral artery supplies the frontal lobes and areas that control the legs, and contralateral hemiparesis of the legs occurs accordingly. Central bladder incontinence may also arise, as the upper bladder control center is located near the superior margin of the cerebral hemisphere. The frontal lobe function can also be visibly impaired, as reflected in drive disorders or an unstable emotional state. Akinetic mutism can occur if both anterior cerebral territories are affected.

Ischemia in the posterior cerebral artery

Homonymous hemianopsia occurs contralaterally. In addition to the occipital lobe, the posterior cerebral artery also supplies the thalamus and internal capsule. Proximal occlusions may cause unconsciousness or hemiparesis. If the entire visual cortex receives insufficient supply, patients suffer from cortical blindness that they often do not perceive.

This is referred to as the ‘Anton-Babinski syndrome’. The symptoms are color blindness, failure to see to-and-fro movements, verbal dyslexia, and hallucinations. Posterior infarctions are usually painful.

Ischemia in the vertebral and basilar arteries

The vertebral and basilar arteries supply the posterior two-fifths of the cerebrum, part of the cerebellum, and the brain stem. Ischemia in these arteries may result in morbidities.

Many neuronal qualities for many areas of the body are anatomically bundled into the smallest area in the brainstem. Accordingly, marked symptoms can arise quickly. Further, ‘Alternans syndromes’ are typical. These are unilateral brainstem lesions that exhibit a range of symptoms. The cranial nerves are affected ipsilaterally, while the extremities and trunk are affected contralaterally. Alongside hemiparesis and tetraplegia, dysarthria, central oculomotor disorders, and dysphagia, there are also special forms that will be discussed later.

The ophthalmic artery is a branch of the carotid artery. If stenosis occurs in this artery, then visual defects such as a dark curtain hanging over the eyes may appear. This condition is self-limiting in nature and is known as amaurosis fugax, with an expression of retinal TIA.

Dissection of the vessels supplying the brain

Lacunar infarctions often affect the basal ganglia. The relay of all motor pathways occurs in the basal ganglia. Unlike territorial ischemia of the middle cerebral artery, complete contralateral hemiparesis or hemihypesthesia is found in clinical examination. However, usually, only one neuronal quality, such as motor skills, is impaired due to the small infarction area.

An overview of the various brainstem syndromes

Ischemia in the supply area of the posterior inferior cerebellar artery (an outflow point of the vertebral artery) results in dorsolateral medulla oblongata infarction. Ipsilaterally, this causes Horner’s syndrome, paresis of the lower cerebral nerves, analgesia and thermanesthesia of the face, and hemiataxia. Analgesia and thermanesthesia occur contralaterally in the trunk and extremities (dissociated sensory loss). 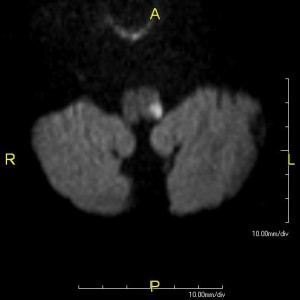 An extensive brainstem lesion, e.g. due to thrombosis in the basilar artery, occurs and voluntary motor function is no longer possible due to injury to the pyramidal tracts and cerebral nerve nuclei. Here, the cerebrum remains undamaged and patients are alert but unable to move or communicate.

Ischemia is present at the point of bifurcation of the basilar artery into both posterior cerebral arteries. Bilateral injury to the thalamus results in a comatose clinical course.

This results in the ipsilateral failure of the oculomotor nerve with contralateral hemiparesis.

This results in facioplegia along with internuclear ophthalmoplegia and contralateral hemiparesis.