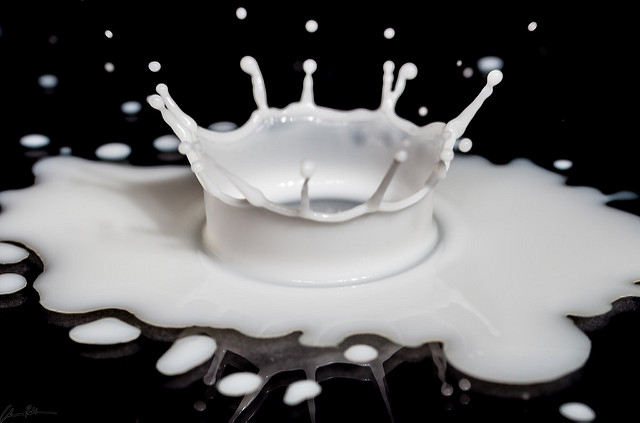 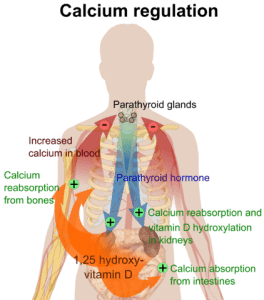 Hypocalcemia is a medical condition in which the serum calcium level is low. The normal serum total calcium level in the body is between 2.2–2.6 mmol/L (8.5 – 10.2 mg/dL).

The causes of hypocalcemia include, besides inadequate oral intake of calcium, the following:

Vitamin D is a major hormone responsible for calcium hemostasis, as well as an increase in intestinal calcium absorption. Adequate sunlight exposure physiologically converts skin cholesterol into vitamin D in healthy individuals. The deficiency of vitamin D can be a result of several causes such as intestinal malabsorption, less exposure to sunlight, renal failure and severe liver disease.

The kidney and liver contain enzymes that are necessary to activate vitamin D into its functional form, 1,25-dihydroxycholecalciferol, also simply called calcitriol. In end-stage kidney and liver disease, there will be dysfunction of both these organs that would lead to reduced activation of vitamin D and, therefore, reduced absorption of calcium from the small intestine resulting in hypocalcemia.

Intestinal malabsorption due to diseases such as celiac disease and chronic pancreatitis results in reduced absorption of ingested vitamin D from the small intestine. 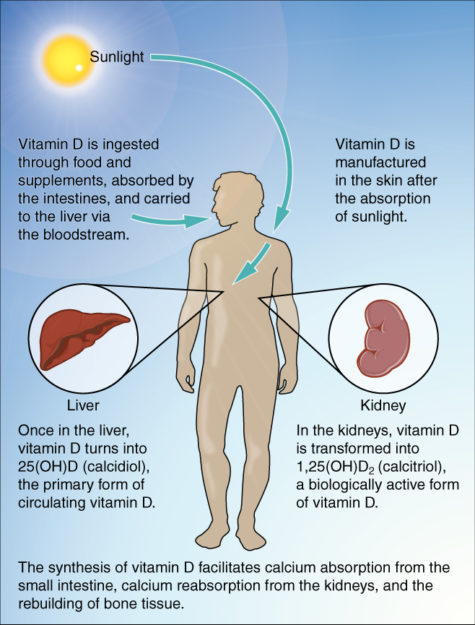 Hypoparathyroidism is an endocrine disorder in which our body does not produce an adequate parathyroid hormone. Parathyroid hormone (PTH) is secreted by the parathyroid glands. These are four glands which, as their name suggests, lie parallel to the thyroid gland. PTH plays a key role in the regulation of serum calcium levels. It elevates the levels of calcium in the blood, which is usually achieved by:

In cases where hypoparathyroidism is present, these functions performed by PTH are absent or insufficient, resulting in hypocalcemia. Hypoparathyroidism can occur following a variety of causes, as described below. 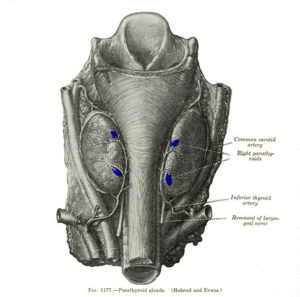 Damage to the parathyroid glands can also occur in surgery aimed at treating laryngeal malignancies or other neck tumors. It can also result following extensive irradiation to the neck region, face, and mediastinum.

Congenital causes of hypoparathyroidism are relatively rare, including the well-known DiGeorge syndrome. This syndrome manifests with congenital cardiac defects, abnormal facies characterized by micrognathia, broad nasal bridges and a long face, absent thymus with T-cell immune dysfunction, cleft lip/palate and neonatal hypocalcemia. This syndrome occurs due to the deletion of a part of chromosome 22, more specifically at chromosome 22q11.2 and can be remembered by a mnemonic CATCH-22.

Autosomal dominant familial hypoparathyroidism is another cause of hypoparathyroidism that may be congenital, although the presentation may be seen in adulthood. Affected patients may present with hypoparathyroidism, deafness (usually sensorineural) and may demonstrate symptoms associated with other conditions, for example, diabetes mellitus.

Parathyroid gland infiltration. This may be seen in conditions such as hemochromatosis and Wilson’s disease, in which there is an accumulation of abnormal levels of iron and copper, respectively, in several glands, including the parathyroid gland resulting in hypoparathyroidism. 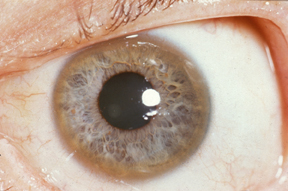 Image: “Kayser-Fleischer ring: copper deposition in Descemet’s membrane of the cornea. These rings can be either dark brown, golden, or reddish-green, are 1 to 3 mm wide, and appear at the corneal limbus. With rare exceptions, they are diagnostic of inherited hepatolenticular degeneration—Wilson’s disease. This 32-year-old patient complained of longstanding difficulty speaking. He also had a tremor,” by Herbert L. Fred, MD, Hendrik A. van Dijk – http://cnx.org/content/m15007/latest/, License: CC BY 3.0

Pseudohypoparathyroidism is an autosomal recessive disorder with end-organ resistance to parathyroid hormone owing to a mutation in a G protein (GNAS).

Parathyroid hormone is secreted normally, but the end organs, especially the kidney and bones, are resistant to the biological actions of PTH. This leads to hypocalcemia, hyperphosphatemia and raised serum concentration of the parathyroid hormone.

Patients with pseudohypoparathyroidism may have typical features such as obesity, short stature, rounded face, short 4th and 5th metatarsals and metacarpals as well as subcutaneous calcification. When these features are present the condition is called Albright’s Hereditary Osteodystrophy.

There is no symptomatic relief upon administration of PTH.

Hypomagnesemia may reduce the sensitivity of parathyroid glands and decrease the secretion of PTH, resulting in PTH-dependent hypocalcemia. This hypocalcemia is rapidly corrected following the administration of magnesium. Therefore, magnesium levels should be checked in patients with hypoparathyroidism.

Calcium is absorbed passively throughout the intestine, and actively at the duodenum and jejunum. In malabsorptive diseases, such as celiac disease and chronic pancreatitis, calcium will not be absorbed into the body properly, resulting in hypocalcemia.

Acute pancreatitis releases the pancreatic enzymes, including lipases, into the circulation. Lipase breaks down triglycerides into free fatty acids that bind with serum calcium, resulting in hypocalcemia.

In alkalosis, increased calcium attaches to serum proteins in the exchange of hydrogen ions. This may decrease the levels of ionized calcium in the blood.

Most cases of hypocalcemia are asymptomatic. The symptoms depend upon the severity of the condition, although the exact concentration at which symptoms appear is yet to be determined, and so is the rapidity with which hypocalcemia occurs (i.e., acute or chronic setting).

A normal calcium level is important to maintain a normal neuromuscular function. Hypocalcemia increases the neuronal excitability by increasing the permeability of its membranes to sodium ions. Most severe forms of hypocalcemia present with tetany. Symptoms of tetany can be mild or severe.

Paresthesia, numbness, especially in the perioral region, and muscle cramps are all mild symptoms of tetany, whereas carpopedal spasms, seizures, and laryngospasms indicate severe tetany. Bronchospasms, hypotension and reduced cardiac contractility are other features of neuromuscular irritability. Behavioral changes such as impaired intellectual capacity, depression and personality changes may also occur.

In children, hypocalcemia may present with a classical triad of convulsions, stridor – due to spasms affecting the glottis – and carpopedal spasms. In carpopedal spasms, the hand attains a characteristic posture that involves adduction of the thumb and flexion at the metacarpal phalangeal joints.

The two common clinical signs of hypocalcemia are:

Both these signs are evident of latent tetany.

The ECG may show QT interval prolongation with an increased risk of ventricular arrhythmias and decreased cardiac contractility, which may present with heart failure, hypotension, syncope, and angina.

The clinical history and the presentation are often diagnostic of hypocalcemia, which is then confirmed by low serum calcium levels.

However, the first thing to check in these patients is whether this is true hypocalcemia, or it is an effect from low albumin levels. As previously mentioned, about 40-45% of serum total calcium is bound to albumin, hence, albumin-deficient states may cause decreased serum total calcium while the physiologically active serum ionized calcium level may be normal.

The treatment of hypocalcemia depends on the underlying cause and its severity. The cause should be properly evaluated and addressed. For example, in vitamin D and parathyroid hormone deficiency, the respective hormones should be administered. Serum magnesium should be corrected in cases of hypomagnesemia.

If the patient has any evidence of tetany, latent tetany, laryngospasms or muscle cramps, the patient should be given intravenous calcium gluconate or calcium chloride. It will readjust the calcium in serum as quickly as possible.

If the patient has mild symptoms then only maintenance therapy is needed. These patients should be given oral calcium carbonate 2–4 g/day or calcium citrate. This is usually prescribed in conjunction with vitamin D if the vitamin D levels are subnormal. The best way to give vitamin D is in the active form, 1,25 hydroxycholecalciferol. It has the quickest action as it does not require hydroxylation by kidney and liver enzymes.

However, during the treatment, the serum calcium levels should be monitored regularly for hypercalcemia.