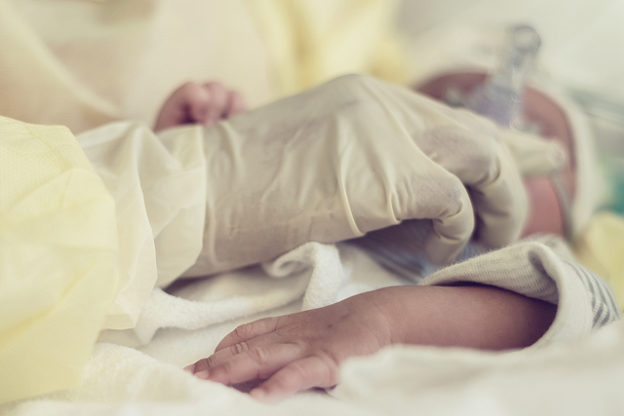 Cushing’s syndrome is also known as hypercortisolism. It is a condition in which the body produces excess cortisol, due to the dysfunction of the pituitary gland, adrenal gland, or disturbance anywhere in the hypothalamic–pituitary–adrenal (HPA) axis.

Cushing’s syndrome is a pathologic culmination of chronic sustained exposure to escalated levels of glucocorticoids. They can be endogenous or exogenous in origin. Cushing’s syndrome in children is distinctly different from its adult counterpart.

A summary of the unique challenges of Cushing’s syndrome in children is as follows: 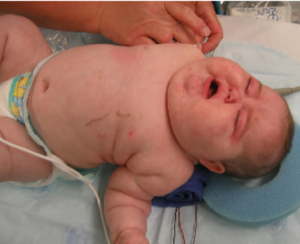 One needs to be aware of two closely related yet distinct terms when dealing with states of excess glucocorticoids circulating in the body. These are as follows:

Cushing’s disease: When the source of excess adrenocorticotropic hormone (ACTH) leading to escalated levels of circulating glucocorticoids is a pituitary tumor, more specifically an ACTH-secreting adenoma, the patient is said to have Cushing’s disease.

Cushing’s syndrome: This term refers to all the other manifestations of increased circulating glucocorticoids—both endogenously and exogenously derived.

History of Cushing’s Syndrome in Children

Cushing’s syndrome was first described in 1932 by the neurosurgeon Harvey Cushing. He was the one to expound the trans-sphenoidal surgery for pituitary adenomas and is rightfully known as the ‘father of neurosurgery’.

Epidemiology of Cushing’s Syndrome in Children

Cushing’s syndrome is rare in the pediatric population. It is observed in only 10% of the new cases per year. The most common age group afflicted are patients between 20 and 50 years of age. It is about three times more common in women than in men. But in pediatric cases, the opposite is true: It is more common in boys as compared to girls.

Etiology of Cushing’s Syndrome in Children

The use of steroids in the medical management of certain illnesses is the predominant etiology in children. It is also called iatrogenic Cushing’s syndrome. The most relevant differences between pediatric and adult Cushing’s syndrome are summarized as follows:

Etiopathogenesis of Cushing’s Syndrome in Children

A prolonged state of overexposure to glucocorticoids results in Cushing’s syndrome. This state of chaotic hormonal imbalance results from inappropriate control of the HPA axis, as is described below.

The hypothalamus, anterior pituitary gland, and the adrenal glands are in a state of constant negative feedback. The normal functioning of this HPA axis is vital to the precise regulation of circulating glucocorticoids. The various components of the HPA axis and their origin can be summarized as follows:

Classification of Cushing’s Syndrome in Children

Cushing’s syndrome in children can be classified based on either etiology or according to the age at manifestation. Based on etiology, the classification is as follows:

Based on the age of onset, different subsets of Cushing’s syndrome can be segregated as follows:

There are a few distinct syndromes associated with pediatric Cushing’s syndrome; they are discussed in the following section.

Secondary to GNAS1 gene mutation, this sporadic disease is an aggregation of characteristic features such as peripheral precocious puberty, polyostotic fibrous dysplasia, and cafe-au-lait pigmentation. Cushing’s syndrome in infancy is most likely associated with this condition. It is an aggressive culmination of nodular adrenal hyperplasia.

This condition derives its name from the characteristic histologic appearance of the affected adrenal glands. Multiple pigmented adrenocortical nodules are seen, thus justifying the other name for this disease, ‘micronodular adrenal disease’.

The patients with Carney’s complex and PPNAD often have intermittent remissions, thus leading to the concept of ‘cyclical’ Cushing’s syndrome in these patients.

This term is uniquely related to PPNAD. It is characterized by muscle and skin wasting, short stature, and osteoporosis.

A detailed list of all significant Cushingoid signs and symptoms is summarized below for easy memorization and recall:

Diagnosis of Cushing’s Syndrome in Children

Investigations thus relevant in Cushing’s syndrome can be summarized as follows:

Complications of Cushing’s Syndrome in Children

Some important complications are as follows:

Hypertension: This may result from various disturbed mechanisms regulating plasma volume and peripheral vessel resistance or from direct cardiomyopathy due to the excessive levels of cortisol.

Impaired glucose tolerance/diabetes: Excessive glucocorticoids stimulate gluconeogenesis (glucose production) in the liver, along with the inhibition of insulin sensitivity, resulting in high levels of blood glucose.

Hyperlipidemia: High levels of cortisol result in exaggerated fat metabolism. Therefore, there is a rise in free fatty acids in the blood. There is also an increased synthesis of cholesterol and triglycerides, resulting in total hyperlipidemia.

Hypokalemia: Cortisol is supposed to have some mineralocorticoid activity that results in the disturbance of potassium metabolism.

All these factors, in turn, predispose the patient to cardiovascular disease.

Management of Cushing’s Syndrome in Children

The management of Cushing’s syndrome in the pediatric population is best achieved in the hands of a multidisciplinary team. The etiology responsible determines the mode of the management. The multi-pronged attack often comprises surgical, medical, and radiologic modalities of treatment. This is summarized in the following section.

The management of PPNAD and primary adrenal pathologies is often surgical. Optimum glucocorticoid replacement in the perioperative period is essential. Cure rates as high as 72% are achieved.

Medical therapy is often used temporarily until the patient is optimized for surgical management. Adrenal blocking agents such as metyrapone and ketoconazole are frequently used. Mitotane is instrumental in the treatment of metastatic adrenocortical carcinoma.

This is used in the treatment of Cushing’s disease as a second-tier modality when trans-sphenoidal surgery fails to achieve remission. It is more successful in children than in adults.

For patients with ectopic ACTH or a suspected tumor, imaging and chemotherapy/surgical excision are necessary.

There are a few specific complications of trans-sphenoidal surgery for Cushing’s disease in the pediatric population, which are summarized as follows:

The best treatment modality is not without complications. Therefore, a multidisciplinary dedicated team comprising pediatricians, surgeons, and endocrinologists is vital to the management of Cushing’s syndrome in the pediatric population.

Prognosis of Cushing’s Syndrome in Children

Secondary to chronic sustained abnormal exposure to increased glucocorticoids, Cushing’s syndrome in the pediatric population is a rare diagnosis. The most common etiology is Cushing’s disease secondary to an ACTH-secreting adenoma.

Children are not little people. The issues encountered in handling pediatric Cushing’s syndrome are quite specific and need a dedicated multidisciplinary team for optimal work-up, management, and follow-up.

Cushing’s syndrome is the ultimate culmination of the aberrant HPA axis and the loss of normal negative feedback.

Patients with Cushing’s syndrome can be classified based on etiology or based on the stratification of etiology according to the patient’s age.

Cushing’s syndrome is a clinical diagnosis with stark characteristic signs and symptoms. Fatigue and hirsutism are most frequently encountered in the pediatric population.

Diagnosis is based on clinical suspicion further reinforced by several blood tests, which when used together supplement each other to ultimately yield high sensitivity and specificity.

The management of Cushing’s syndrome is surgical or medical, or is based on the usage of radiotherapy according to the etiology. Trans-sphenoidal excision of pituitary adenoma is an established procedure for Cushing’s disease. Hypopituitarism is a potential complication.