A patient-induced emergency is defined as a patient presenting to the emergency room because of a severe illness or injury.

Hemorrhage during surgery is classified as anticipated or unanticipated: 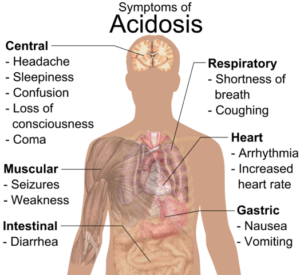 The Massive Transfusion Protocol (MBT) calls for rapid, judicious use of blood and blood derivatives to manage a massive hemorrhage and ensure an improved outcome. MBTs have developed as a collaborative effort between anesthesiologists, surgeons, transfusion medicine physicians, emergency physicians, and intensivists.

Once MTP is initiated, a batch of 5 red blood cells, 5 platelets, and 2 fresh frozen plasma (FFP) are dispatched continuously until no longer required.

The pre-requisites for a successful MTP include:

Intravenous access: Large bore peripheral intravenous access is at the heart of any successful resuscitation. Special insertion sheaths in neck veins may be used, subject to accessibility and the team’s expertise.

Onsite testing, such as arterial blood gas and thromboelastography, is highly desirable.

Increasing the use of blood thinners, especially in the elderly population, has led to increased transient coagulopathy-like states during surgery.

Ideally, warfarin and similar vitamin K antagonists should be stopped 5-7 days before any surgical intervention, bridging the gap with heparin. PT/INR should be monitored, and heparin is to be stopped a day before the procedure.

In case of an emergency, prothrombin plasma concentrates (PCC) can reverse warfarin effects.

Antiplatelet agents, such as aspirin and clopidogrel, are withheld (with the consent of the treating physician) and replaced with heparin when appropriate.

Low dose aspirin leads to minimal, if any, increase in bleeding tendency. 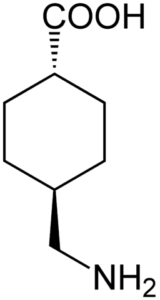 Antifibrinolytic agents: early administration of drugs, such as tranexamic acid, has a mortality benefit in trauma and obstetric hemorrhages.

Cell salvage: used for patients with rare blood groups and unexpected massive hemorrhages, it is feasible in aseptic environments, such as operating suites. However, cell savage carries a potential risk of malignant cell dissemination and contamination.

MTP complications include overzealous rapid correction without due central venous pressure monitoring, which can lead to circulatory overload, interstitial edema, and pulmonary edema. There is usually a drop in oxygen saturation, indicating pulmonary edema, which is associated with high morbidity and mortality. Aggressive diuretic use with curtailed intravenous fluid administration is critical.

Other complications are outlined below:

Inappropriate initiation of MTP leads to a waste of energy and resources. Protocols vary from institution to institution.

The skull is a rigid, non-compressible limiting element for the intracranial contents. The intracranial space of about 1700 ml is distributed as follows: Brain parenchyma 1400 ml, blood 150 ml, and CSF about 150 ml. These intracranial elements are all in a balanced, yet flexible, dynamic state of equilibrium. If anyone of these elements changes, the others compensate for the change. This principle has been formally addressed as the Monro-Kellie doctrine. However, decompensation of this balance, leading to raised intracranial pressure, such as in cases of space-occupying lesions, hydrocephalus (increase in CSF component), and extra-axial blood aggregation, as in trauma and brain hemorrhage, has abysmal effects on cerebral perfusion, leading to ischemia and parenchymal damage.

Clinical reflection of raised intracranial pressure is the Cushing’s triad: hypertension, bradycardia, and irregular respiration. Cushing’s triad refers to the brain’s effort to maintain cerebral perfusion during increasing cerebral edema. Increased intracranial pressure in these circumstances leads to the invariably fatal complication of herniation. The herniation of the posterior fossa contents, brain stem, and cerebellar tonsils through the foramen magnum causes compression of the critical medullary cardiovascular regulatory centers.

Intubation: The first traditional step in resuscitation is to control the airway and avoid hypoxia. However, subtle stimulation of the vocal cords can lead to a raised intracranial pressure, tachycardia, and hypertension.

Anesthesia drugs have variable effects on intracranial pressure. In the face of impaired autoregulation, some analgesics and sedatives can also lead to major changes in intracranial pressure, cerebral blood flow, and cerebral metabolism. Inappropriate naïve use of these drugs can lead to clinical deterioration.

Decongestant drugs, which ameliorate intracranial pressure, are prone to reducing cerebral blood flow below critical levels with resultant cerebral hypoperfusion and elevated risk of ischemic hypoxic encephalopathy and brain damage. Therefore, these agents must be used very cautiously to try to achieve a balance between intracranial pressure and cerebral perfusion. Various drugs and their effects are summarized below.

Cardiovascular diseases are the leading cause of mortality. Cardiac disease, such as ischemic heart disease and arrhythmias, and severe vascular diseases like aortic stenosis, can lead to heart failure and eventually cardiac arrest.

The Advanced Cardiac Life Support (ACLS) guidelines published in 2015 (valid through 2020), provide a protocol to initiate resuscitation. In the OR, the surgeon is responsible for initiating CPR (cardio-pulmonary resuscitation), and the anesthesiologist will manage drug administration and patient monitoring. The latter includes interpreting ECG, monitoring oxygen saturation and end-tidal carbon dioxide, and checking for signs of airway obstruction and respiratory issues.

Some salient features of ACLS pertinent to anesthesiology are as follows:

A medication error is defined as “any preventable event that may cause or lead to inappropriate medication use or patient harm while the medication is in the control of the healthcare professional, patient, or consumer.” There are different types of medication errors:

Constant vigilance is needed to minimize errors, including careful prescription administration and expert observation after administration to avoid potential complications.

Surgical care is an indispensable part of medical care.

Wrong side surgery (operating on the incorrect side of the patient)

Inadvertent opening of cavities, such as inadvertent bowel perforation, leading to contamination and peritonitis.

Blood vessel damage leading to hemorrhage is a potential cause of intra-operative blood loss.

While addressing the safety of surgical care, WHO, in 2007, took up the challenge of reinforcing “Safe Surgery Saves Lives”. At the heart of this WHO, the initiative is the WHO Safe Surgery Checklist. Three phases of the surgical procedure are addressed in this checklist:

In each phase, a checklist coordinator checks various points to ensure complete surgical safety. A few salient points are as follows:

All anticipated complications are to be listed beforehand to avoid unpleasant surprises intra-operatively.

The aim is to follow a few critical steps and thus to avoid infrequent, yet persistent, mishaps that may endanger the well-being of surgical patients.

Cardiac disease constitutes common emergencies and must be managed per ACLS guidelines.